Find out all you need to know about storage heaters, including how much they cost and how much you could save on your energy bills.

If you’re on a time-of-use tariff, such as Economy 7 or Economy 10, and you use electricity to heat your home, a storage heater could help you take advantage of lower off-peak electricity rates. Here, we’ll help you decide whether a storage heater is right for you, which type to go for and how much you can expect to pay for a good model.

Find out more about electric heating, including what Economy 7 and Economy 10 are, and the average cost of electricity heating.

If your home doesn’t have mains gas, you could use electricity to heat it, as nearly every household in the UK has access to the electricity grid. However, electrical heating can be expensive. Keep reading to find out about the different ways you can heat your home using electricity. We also reveal the pros and cons of electric heating, plus the average cost of using electricity for heating, so you can check if you’re paying too much

The short answer is that you do! And so does everyone else who pays a domestic gas or electricity bill.

The UK Government has placed an obligation on all energy suppliers with more than 200,000 customers, to reduce carbon emissions in domestic households. The scheme is known as the Energy Companies Obligation (ECO) which is administered by Ofgem. Measures such as new central heating systems, boiler upgrades and insulation are installed and then paid for by the suppliers.

Citizens Advice welcomes the opportunity to respond to this important consultation on the proposals for the future of the Energy Company Obligation ECO4, 2022-2026.

Overall we are pleased to see the improvements to increase targeting under ECO4 alongside, and we encourage suppliers to implement a ‘worst first’ approach. We welcome the minimum requirements for improving energy efficiency bands which will incentivise a whole house approach and help to pull more households out of fuel poverty.

PAS 2035 is the new energy efficiency retrofit standard for ECO 4 funded measures, acting as a framework that sets out an updated specification for the energy retrofit of domestic buildings.

The PAS 2035:2019 specification for the energy retrofit of domestic buildings will undergo a transition period starting June 2019 until June 2021 by which PAS 2035 will become mandatory for all public funded projects which would include ECO funded retrofit projects.

The new standards aim to deliver a whole house approach which takes into account the home, environment, occupancy and the householders’ desires. This resolves the problems of retrofit measures being considered in isolation which may accidently damage building energy efficiency overall.

Consultation on ECO4 published by Government

Consultation on ECO4 published by Government

A consultation on the next phase of the Energy Company Obligation (ECO) scheme has been launched to seek views on current proposals.

The consultation sets out the Government’s plans for a four-year scheme worth £1 billion a year from April 2022 to March 2026.

The scope of the scheme will continue to target low income, vulnerable and fuel poor households, much like ECO3.

Eco 4 What Does This Mean For Installers

What could the ECO4 consultation mean for installers?

A consultation on the next phase of the Energy Company Obligation (ECO) scheme has been launched to seek views on current proposals.

The consultation sets out the Government’s plans for a four-year scheme worth £1 billion a year from April 2022 to March 2026.

ECO4 is likely to have profound implications for installers, with not only how they operate under the scheme but also which customers they can service.

Proposals suggest there will be no support for EPC band A, B and C.

There will also be a re-write of the rules around flexible eligibility which is detailed here. 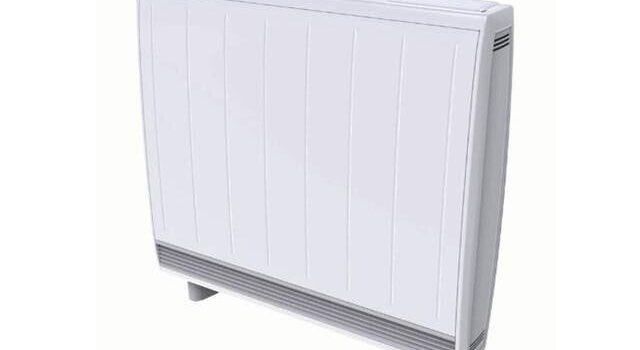 What Are The Best Storage Heaters

What Are The Best Storage Heaters

As the cold sets in, finding ways to keep warm when we’re at home can be a real chore. From sky high gas and electricity bills to our growing awareness of the need to reduce our carbon footprint, it can be difficult to know what to opt for. A storage heater is a great choice for those whose heating runs solely on electricity which can save you money in the long run. Quiet and easy to instal, they can also be super convenient.

Should you get a heat pump?

Should you get a heat pump?

Should you get a heat pump? Here’s how they compare to a gas boiler

Home energy use accounts for 14% of all the UK’s greenhouse gas emissions, and much of that comes from gas boilers. Each time you turn up the thermostat, the burning natural gas generates heat through the radiators – and carbon dioxide to the atmosphere.

Some of that heat escapes the building and is wasted. Two-thirds of homes in the UK don’t meet energy efficiency standards, and decarbonising the UK’s leaky housing stock is one of the toughest tasks the government faces in its bid to make the country carbon-neutral by 2050. Heat pumps are widely seen as a solution, and the UK government has announced its aim to install 600,000 per year by 2028.

There are two types of heat pumps you need to know about for heating. One extracts heat from the air, known as an air source heat pump. These are the most commonly installed varieties and resemble an air conditioning unit on the outside of your house. There are also ground source heat pumps that extract heat from the ground. Both types essentially transfer heat from one place to another by using a liquid refrigerant and a compressor in a process powered by electricity.

Government’s plans to install 600,000 heat pumps a year by 2028 could fail unless there are enough skilled engineers in the supply chain, a group of MPs has warned.

In a letter to energy minister Kwasi Kwarteng, the chairman of the environmental audit committee (EAC), Philip Dunne said there are a number of barriers which could stifle plans to install heat pumps at large scale by that date.

In the letter, the committee chair argues that clear direction is needed for industry given the short timeframe in which Ministers are seeking to deliver substantial increases in the pace of installations.

These include issues with the supply chain, which the committee claims is not currently equipped to install the number of heat pumps required.

Sufficient production and high-quality installation are key to making the roll-out happen, and while the initial growth in heat pump installers will come from reskilling existing gas and electrical engineers, there needs to be a concerted attempt to bring new, skilled entrants into the market.